Go against the flow

When I spoke to Helen Wade, one of Andaman Energy & Infrastructure’s founders, she impressed on me that she wanted her business to be something different.

Andaman EI are, in their own words, “expert at matching finance with projects and we realise the potential where others don’t.” They area team of peers who have worked in their industry for a long time, racking up plenty of experience and connections that are now allowing them to stand out from their competitors.

On the phone with Helen, we discussed the typical design trends in their industry. It’s all very corporate, very safe – Helen wanted something fresh, vibrant, professional and personal. She wanted the team’s profiles and personalities front and centre to emphasise that Andaman is not just another faceless startup, but a group of talented professionals who get things done.

Andaman already had some fantastic branding thanks to Ad and Grant, which made my role much more enjoyable – there’s nothing quite like taking the baton from a top designer and running with it.

Helen wanted a simple one-page website to give the new company some internet presence. We also decided to include a quick on-location photoshoot.

We did the photoshoot down in London with the Andaman team to get a nice consistent visual look for the website. I travelled down from Liverpool with my trusty Canon 550d, 17-55mm kit and 50mm prime lenses. We tried a variation of different shots before settling on the style that is now on the website.

Despite the tight schedule and location, we achieved what we set out to do and a mere 6 hours later, I was back on the train heading home, with the next stage of the project in sight: design & development. 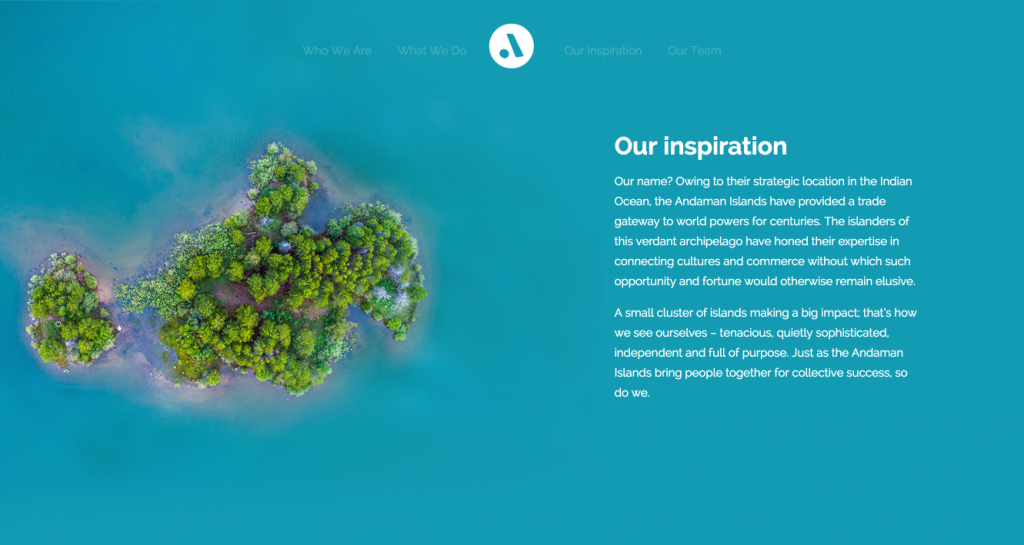 The design was good fun to jump into. Helen liked the idea of blocks of content, sort of similar to a PowerPoint slideshow, so we worked with that as a foundation and I worked in various ways to stop the site from feeling blocky and grid-like.

I was keen to pull in some tropical imagery to compliment the company name (the Andaman Islands are a archipelago in the Bay of Bengal, famed for their white beaches and palm trees), and also to add some motion into the design, which we managed with the knockout “A” graphic (visit the website to see it in action). The animation was all handled through CSS and various layered elements to give depth, with the site being very script-lite overall. 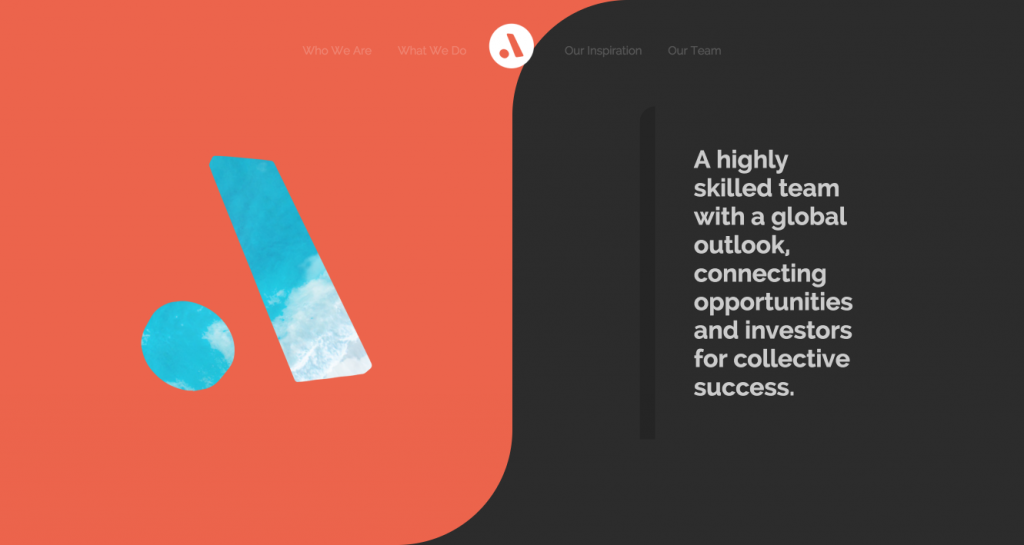 So far (writing this a couple of days after launch), the response to the website has been highly positive. Helen and the team love it and we’re already planning what to do next. It was so rewarding to see our work and vision come together to create a cohesive, slick web experience that stands out from the crowd.