Album artwork has always grabbed my attention, even back when I was a kid. I remember making my own paper booklets (hand drawn and meticulously cut to size) and sliding them into blank tape (yeah, cassette tapes… remember them?) and CD cases to have my own “albums”.

The combination of music and art has always interested me and the ability of cover artwork to set a mood for a song or album, before one note of music has been heard, is something that I’ve always placed immense value upon. And so when UK singer-songwriter Ant MacAndrew approached me to design a full package for his new album, Singing Hearts, I knew this was going to be a powerful, challenging and rewarding project. 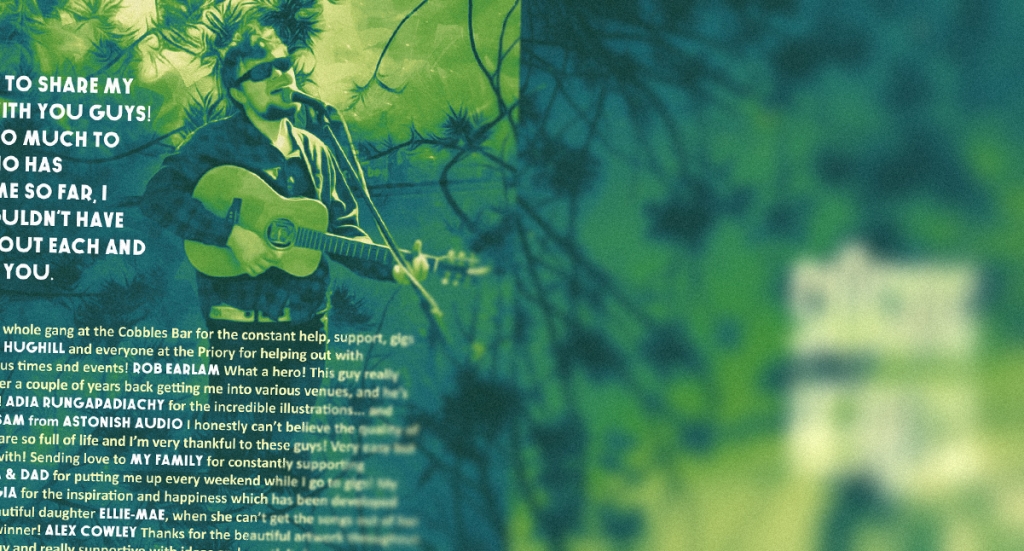 Ant’s music is a roosty blend of singer-songwriter-meets-pop/folk. He sent through a few of his tracks to give me some background on his sound and then we planned out our ideas for the album.

Initially, I was creating a front cover & CD design, however after I’d produced these Ant was so taken with the work that he commissioned me to create a full lyric booklet, and gave me control over the whole look and feel of the album.

I began sketching out some ideas, and pretty soon we were on the right track.

The style I had developed for the project began to take on a life of its own, and Ant and I were constantly bouncing ideas back and forth, sometimes while Ant was on the way home from a gig. The flexibility of our work hours really helped us push the project through in a short amount of time, and before long the whole album took shape. 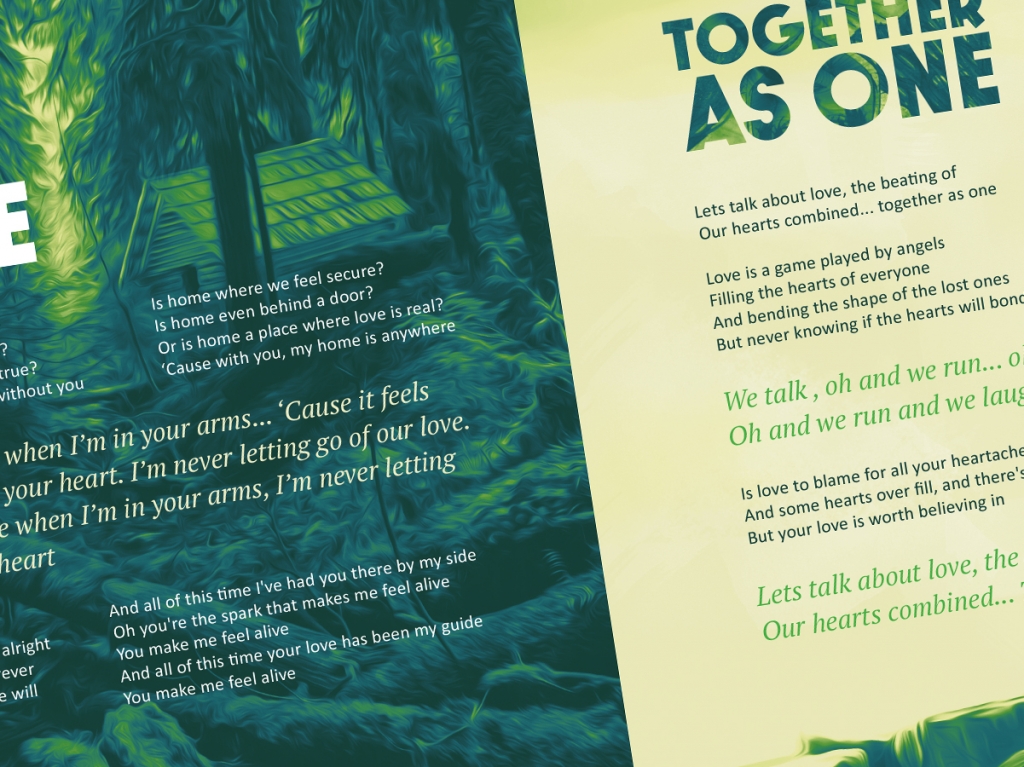 For some reason, the images I had while listening to Ant’s demos all involved forests and trees. I felt that the colour scheme really fitted the style of the music and developed a hazy, half-photo-half-painting look which made the imagery striking while also quite vague and hazy, allowing the viewer’s imagination to take over and start filling in parts of the images with their own thoughts and memories.

We also pushed for a centre spread with the title track featured, and a striking background image which really pulled the whole theme together. 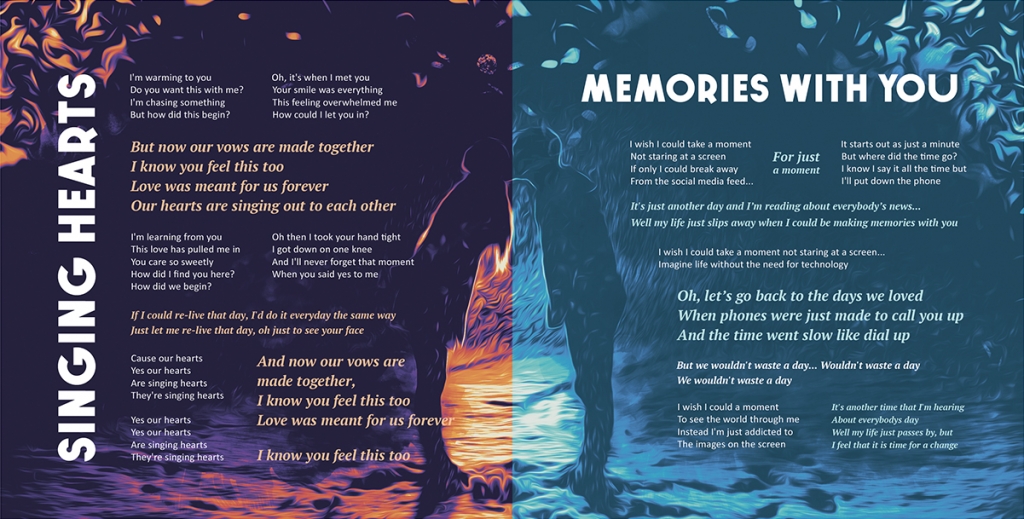 Ant was made up with the results, and sent me a signed copy as a gift which takes pride of place on my shelf. The release of the album went so well that we’re already thinking about what might come next – I can’t wait to see it! 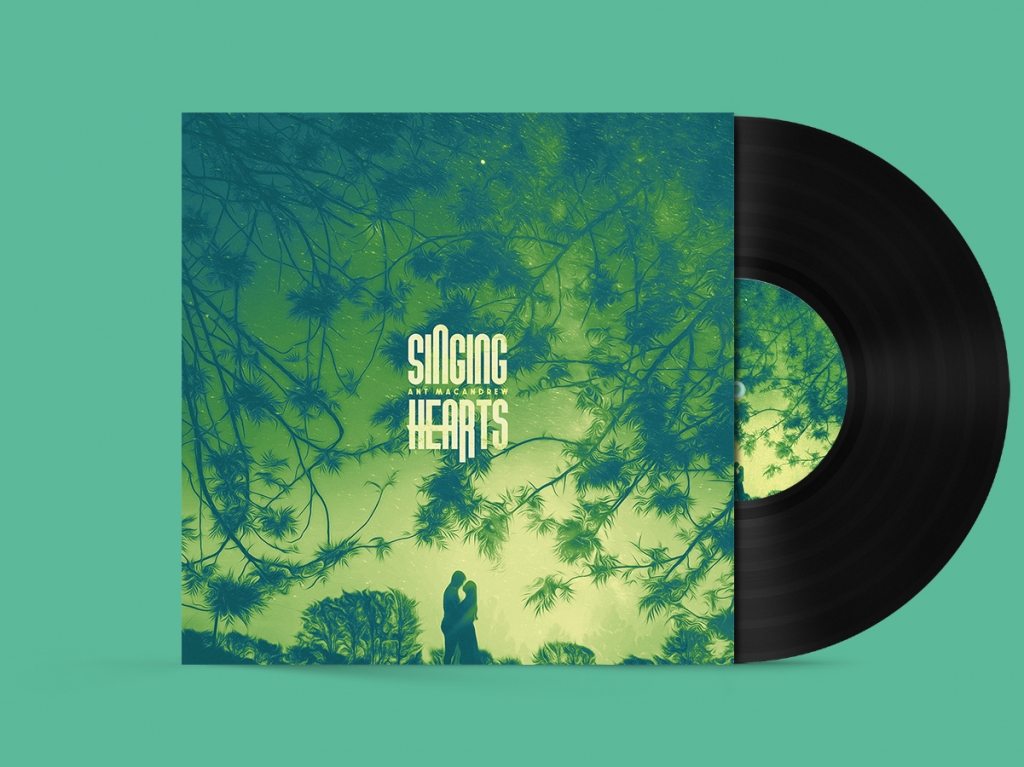