Every now and then, a project comes along that teaches you a whole new way of looking at design. Sometimes it’s easy to get stuck in a rut – when Will from The Highfield Shakes approached me to design them a logo, I’d been working on some industry projects for a good few months… the sort of stuff that’s not necessarily creative, but important and gets the bills paid.

Will approached me with an awesome brief – they wanted a psychedelic 70’s inspired logo for their fuzzy blues-rock band, and all limits were off – we could get as crazy as we wanted. Awesome. Literally every designer’s wet dream. When someone says this:

“…its probably best just to let you go crazy and see what you come back with.”

then you know it’s going to be a fun project.

All in your head

So we got to work. Will sent me some great reference images to use and I started blocking out some ideas in Illustrator. 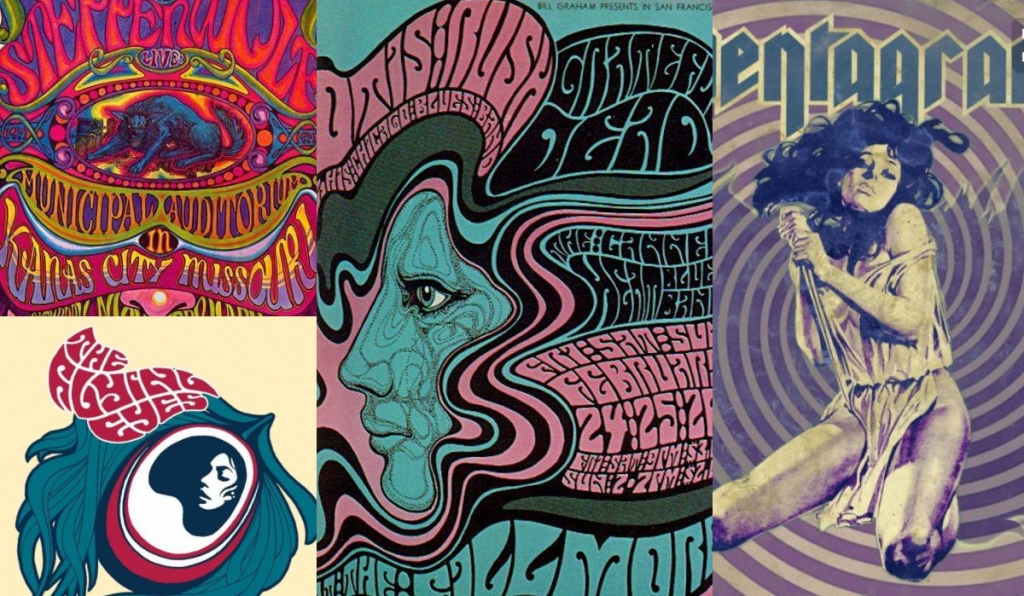 Take note, kids – that’s where I went wrong. I jumped straight into designing on the computer without really taking into consideration the style of the project, and adjusting my workflow accordingly. As I said, working on the duller industry stuff had (I guess) blunted my creativity slightly, and instead of approaching the project with a fresh set of eyes, I just jumped straight into Illustrator thinking “logo”. And we ended up with these: 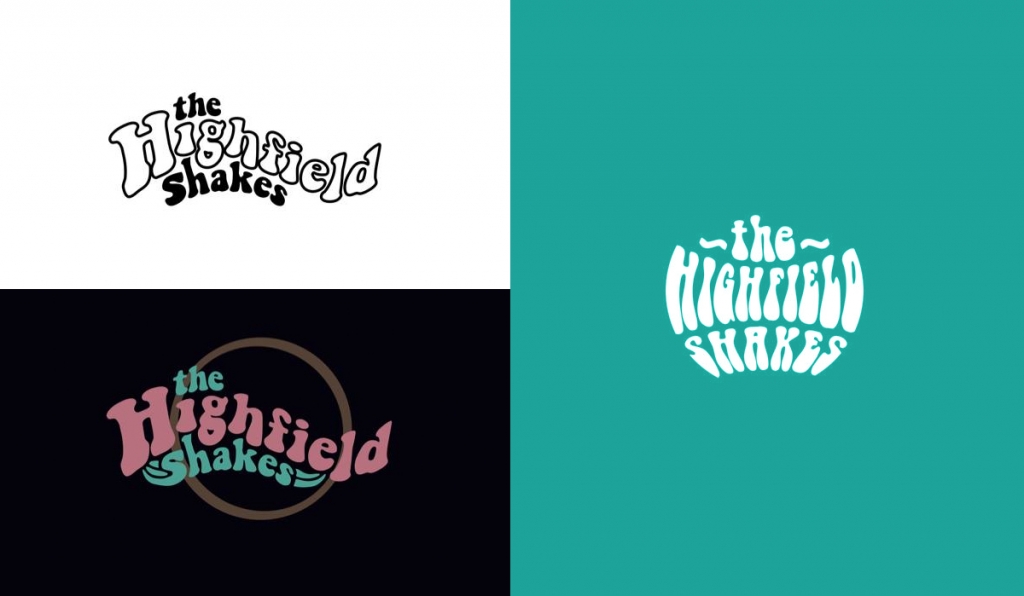 Hmmm. They weren’t really doing anything for me, or Will.

Back to the start

I went out for a walk the next day, to clear my head a little and to ponder the project. Pretty soon, I saw where I’d gone wrong and realised that the style of logo we were creating needed to be worked out through sketching, not through attempting to use the Mac straight away.

I got home and rooted out a pen and paper. Pretty soon, we had something cool going on. 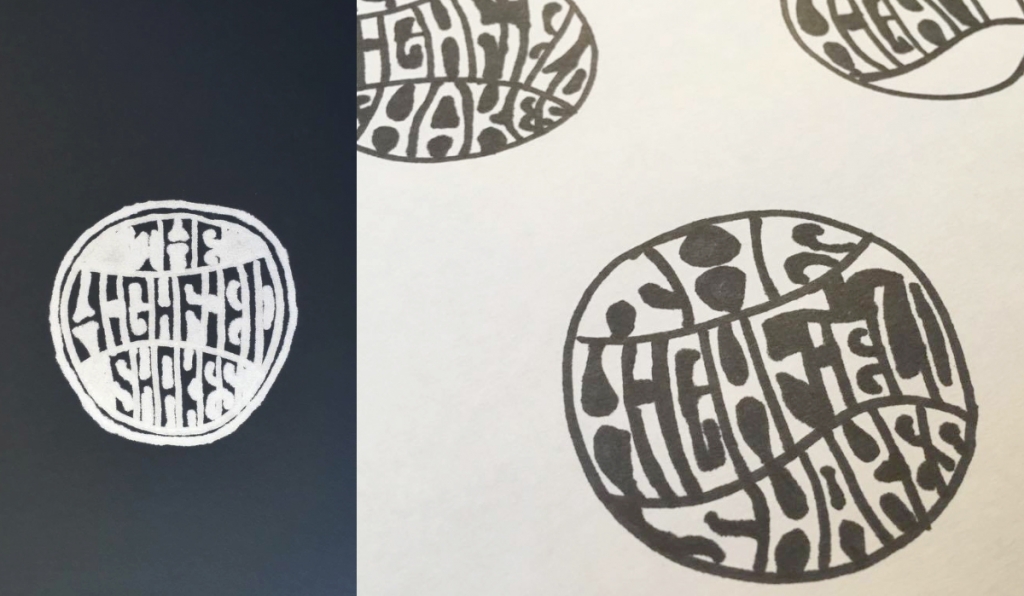 Now we’re talking. Working with a sharpie and some paper gave me super fast flexibility when working with all these oddly shaped letters, allowing me to really quickly test proportions and how far I could push the letters.

The one on the right was jumping out at me as the right way to go. Will thought the same, so finally with a cool concept and a handful of sketches under my belt, I jumped back into the computer – and the results were so, so much better.

Lovely stuff. The magic started to happen. Loads of different colour schemes and ideas flew around before we settled on a simple monochromatic pallete, with a gold highlight colour. I started dreaming of merch – how awesome would this look on a badge?! We even mocked up some t-shirts. 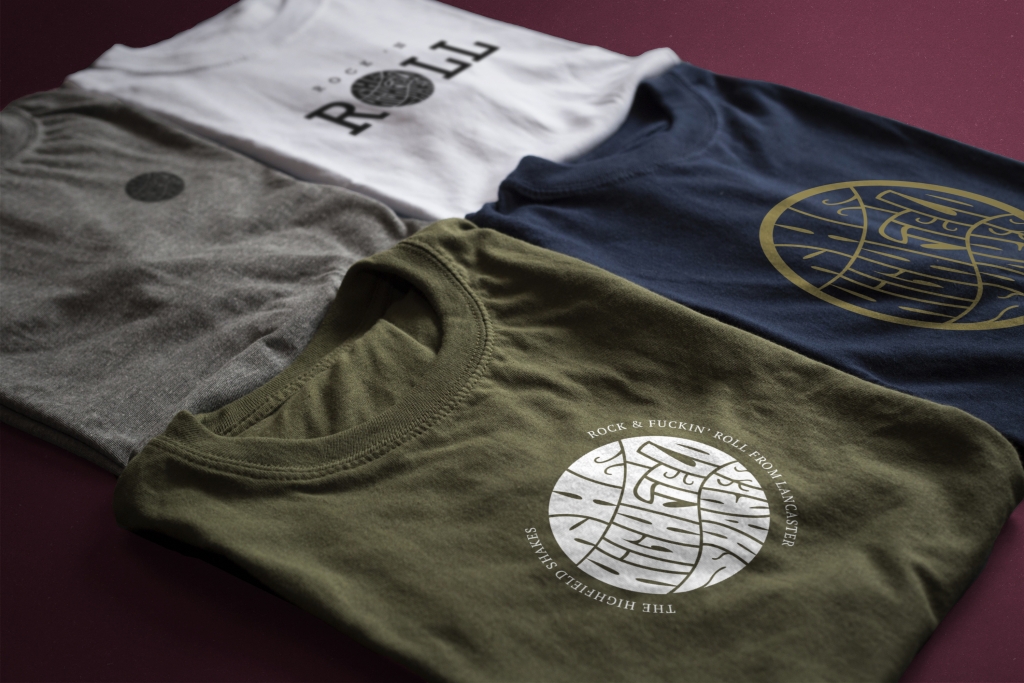 Will and the guys in the band were over the moon, they were a pleasure to work with and their little logo project taught me quite a bit as a designer.

“I am currently wondering why anybody ever wouldn’t use you for logo design!”

Thanks Will! The Highfield Shakes haven’t got any music or social media online at the moment, but when they do I’ll make sure to link them here. And if you want to get a logo done for your project – let’s get something going! Click here and say hi.